Fair market value of art that can not legally be sold 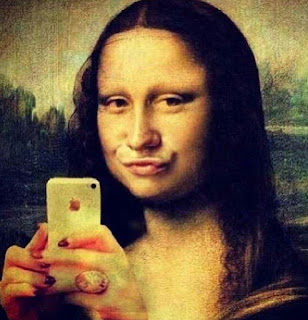 The IRS's Art Appraisal Unit values a unique piece of art at $65,000,000 by looking at "comparables" even though selling the piece which includes a stuffed eagle is forbidden by Federal Law. Accordingly the beneficiaries had valued the piece at zero for estate tax purposes.

What is the fair market value of an object that cannot be sold?

The question may sound like a Zen koan, but it is one that lawyers for the heirs of the New York art dealer Ileana Sonnabend and the Internal Revenue Service are set to debate when they meet in Washington next month.           The object under discussion is “Canyon,” a masterwork of 20th-century art created by Robert   Rauschenberg that Mrs. Sonnabend’s children inherited when she died in 2007.

Because the work, a sculptural combine, includes a stuffed bald eagle, a bird under federal protection, the heirs would be committing a felony if they ever tried to sell it. So their appraisers have valued the work at zero.

But the Internal Revenue Service takes a different view. It has appraised “Canyon” at $65 million and is demanding that the owners pay $29.2 million in taxes.

“It’s hard for me to see how this could be valued this way because it’s illegal to sell it,” said Patti S. Spencer, a lawyer who specializes in trusts and estates but has no role in the case.

The family is now challenging the judgment in tax court and its lawyers are negotiating with the I.R.S. in the hope of finding a resolution.

Heirs to important art collections are often subject to large tax bills. In this case, the beneficiaries, Nina Sundell and Antonio Homem, have paid $471 million in federal and state estate taxes related to Mrs. Sonnabend’s roughly $1 billion art collection, which included works by Modern masters from Jasper Johns to Andy Warhol. The children have already sold off a large part of it, approximately $600 million worth, to pay the taxes they owed, according to their lawyer, Ralph E. Lerner.

But they drew the line at “Canyon,” a landmark of postwar Modernism made in 1959 that three appraisers they hired, including the auction house Christie’s, had valued at zero. Should they lose their fight, the heirs, who were unavailable for comment, will owe the taxes plus $11.7 million in penalties.

Inheritances are generally taxed at graduated rates depending on their value. In this case, the $29.2 million assessment for “Canyon” was based on a special penalty rate because the I.R.S. contends the heirs inaccurately stated its value.

While art lovers may appreciate the I.R.S.’s aesthetic sensibilities, some estate planners, tax lawyers and collectors are alarmed at the agency’s position, arguing that the case could upend the standard practice of valuing assets according to their sale in a normal market. I.R.S. guidelines say that in figuring an item’s fair market value, taxpayers should “include any restrictions, understandings, or covenants limiting the use or disposition of the property.”

In this instance, the 1940 Bald and Golden Eagle Protection Act and the 1918 Migratory Bird Treaty Act make it a crime to possess, sell, purchase, barter, transport, import or export any bald eagle — alive or dead. Indeed, the only reason Mrs. Sonnabend was able to hold onto “Canyon,” Mr. Lerner said, was due to an informal nod from the United States Fish and Wildlife Service in 1981.

Even then, the government revisited the issue in 1998. Rauschenberg himself had to send a notarized statement attesting that the eagle had been killed and stuffed by one of Teddy Roosevelt’s Rough Riders long before the 1940 law went into effect. Mrs. Sonnabend was then able to retain ownership as long as the work continued to be exhibited at a public museum. The piece is on a long-term loan to the Metropolitan Museum of Art in New York, which Mr. Lerner said insures it, but the policy details are confidential.

Mr. Lerner said that the I.R.S.’s handling of the work has been confusing. Last fall, the agency sent the family an unsigned draft report that it was valuing “Canyon” at $15 million. After Mr. Lerner replied that the children were refusing to pay, the I.R.S. then sent a formal Notice of Deficiency in October saying it had increased the valuation to $65 million.

That figure came from the agency’s Art Advisory Panel, which is made up of experts and dealers and meets a few times a year to advise the I.R.S.’s Art Appraisal Services unit. One of its members is Stephanie Barron, the senior curator of 20th-century art at the Los Angeles County Museum of Art, where “Canyon” was exhibited for two years. She said that the group evaluated “Canyon” solely on its artistic value, without reference to any accompanying restrictions or laws.

“The ruling about the eagle is not something the Art Advisory Panel considered,” Ms. Barron said, adding that the work’s value is defined by its artistic worth. “It’s a stunning work of art and we all just cringed at the idea of saying that this had zero value. It just didn’t make any sense.”

Rauschenberg’s combines, which inventively slapped together everyday objects he found on the street, helped propel American art in a new direction.

Though the I.R.S. usually accepts the advisory panel’s recommendations, it is not required to; last year it did not follow the group’s opinion in 7 percent of the cases, according to panel’s annual 2011 report.

So how did the panel arrive at the $65 million figure? Ms. Barron said, “When you come up with a valuation you look at comparable works and what they have sold for at public or private sales.”

Mr. Lerner told Forbes magazine, which reported the dispute in February, that Joseph Bothwell, a former director of the agency’s Art Appraisal Services unit, had told him “there could be a market for the work, for example, a recluse billionaire in China might want to buy it and hide it.” Mr. Bothwell has since retired from the I.R.S. Ms. Barron said she did not consider any hypothetical black-market buyer.

Still, the notion that the I.R.S. might use the black market in this way to determine a fair market value has surprised some tax experts. James Joseph, a tax lawyer with Arnold & Porter in Washington, noted that the I.R.S. has taxed illegal contraband at its market value, but added: “I don’t know of any instance where the I.R.S. has assumed taxpayers will engage in an illegal activity in order to value their assets at a higher amount. Al Capone went to jail for not paying income taxes on his illegal income, but this is very different than that.”

At the moment, tax experts note that the I.R.S.’s stance puts the heirs in a bind: If they don’t pay, they would be guilty of violating federal tax laws, but if they try to sell “Canyon” to zero-out their bill, they could go to jail for violating eagle protection laws.

Mr. Lerner said that since the children assert the Rauschenberg has no dollar value for estate purposes, they could not claim a charitable deduction by donating “Canyon” to a museum. If the I.R.S. were to prevail in its $65 million valuation, he said the heirs would still have to pay the $40.9 million in taxes and penalties regardless of a donation.

Then, given their income and the limits on deductions, he said, they would be able to deduct only a small part of the work’s value each year. Mr. Lerner estimated that it would take about 75 years for them to absorb the deduction.