An article in today's New York Times confirms what many have suspected for many years...that the residential real estate appraisal profession needs an overhaul...

...In the recent economic crisis, commercial landlords and lenders discovered myriad ways to find themselves on the brink of financial disaster. Excessive purchase prices — many based on faulty property appraisals — were a major factor, specialists say. 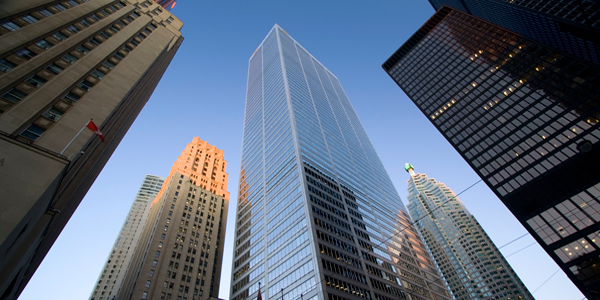 Now, a new study has found just how inaccurate these appraisals can be. Using data from thousands of securitized real estate bonds in which the properties were foreclosed on and liquidated, the study, by KC Conway, an executive managing director at the brokerage firm Colliers International, and Brian F. Olasov, a managing director at the law firm McKenna Long & Aldridge, found a wide discrepancy between the appraisal values and the eventual sales prices of the properties.

“This study confirms what many of us have thought but heretofore have only known anecdotally: That appraisals are not very accurate,” Mr. Conway said. It was published in the winter edition of CRE Finance World, the publication of the CRE Finance Council, and is based on data from the research company Trepp L.L.C. for March 2007 through September 2011.

At the extremes, in 121 instances, the appraised value was more than double the sale price, and in 132 examples, the appraisal was less than 70 percent of the sale price. It is like “a game of horseshoes and throwing grenades,” the authors wrote of the results. “Close is good enough.”

Jay A. Neveloff, a partner at the law firm Kramer Levin Naftalis & Frankel, said, “Appraisals are important in nearly every aspect of a real estate deal, whether it is originating a loan, working out a loan, the decision to buy or sell a property and even bankruptcy.”

Marion T. Jones, a director of the brokerage firm Eastern Consolidated, said a recent appraisal of a development site in Brooklyn overstated the buildable area of the 100,000-square-foot site by as much as 40 percent. “As a result, the entire capitalization of the deal — including the acquisition price and the bank loan — was wrong,” Ms. Jones said.

When the developer realized the mistake, he stopped paying the debt, forcing the bank to foreclose. “The entire deal was derailed by this one bad appraisal, and now the lender is stuck with a site that they never intended to own,” said Ms. Jones, who is showing the site to several potential buyers but declined to name its location because the bank is not officially marketing it.

John Cicero, a managing principal of the appraisal firm Miller Cicero, said: “It is a broken profession in a lot of ways. The appraisal industry has become commoditized, where lenders see appraisals as simply a commodity to be purchased by a vendor and where more emphasis is placed on the price of an appraisal than the expertise of the appraiser.”

For example, Mr. Cicero said, in the past lenders would often have long discussions about the project and the appraiser’s qualifications before hiring. Now, it is more common for lenders to use an online bidding system, where they issue a request for proposals from appraisers and often choose the least expensive. “They actually refer to us as vendors submitting a bid, not educated professionals who are providing an important service,” he said.

Appraisers can serve multiple functions, used by lenders to help determine the size of a loan or by lawyers in litigation or sometimes buyers or sellers looking for market clarity. To conduct an appraisal, they visit sites, speak to brokers in the area, review financial statements like income and expense histories, and examine individual leases. The fee for an appraisal on a small commercial building in Manhattan can be less than $10,000.

“We are supposed to verify the information as much as is reasonably possible,” Mr. Cicero said, “but, unfortunately, so many appraisers rush through the process and don’t do all their homework.”

Bill Garber, the director of government and external relations for the Appraisal Institute, a group that represents about 23,000 appraisers nationally, questioned how the study had been conducted. “The sale price isn’t a good way to evaluate the accuracy of an appraisal,” Mr. Garber said.

“The motivation for why the loans were sold are unclear — maybe they were liquidated under duress and the market price didn’t even play a role,” he said. The only way to judge the accuracy of an appraisal, he argued, is to look at them individually and examine the factors that were used to reach the results.

Still, even a whiff of inaccuracy in appraisals could have broader implications for the commercial real estate market, the authors of the study say. The impact on banks, in particular, could be enormous. While the study tracked only securitized real estate bonds, for which much information is publicly available, they said, details of real estate loans made directly by banks, which are generally not available, would most likely show similar discrepancies.

In the next four years, $1.7 trillion in real estate debt will come due, and banks own roughly half of it, or some $867.5 billion, according to Trepp. So, if appraisals are as inaccurate as this study indicates, it could be assumed that the values of the real estate loans that banks are holding are also far off the mark.

“When you take a look at the 400-plus bank failures that have taken place going back to 2009, the precipitating cost was declining appraisal values” on real estate portfolios, Mr. Olasov. He said that appraisals that indicate a property’s value has declined often force banks to take write-downs, charge-offs and increase loan loss reserves, all of which drain bank capital and, in extreme cases, can lead to bank failures. Mr. Olasov is working with some federal banking regulators to see how the data from this study can be broadly applied to the value of bank real estate loans, although the lack of data on individual loans is slowing the research, he said....