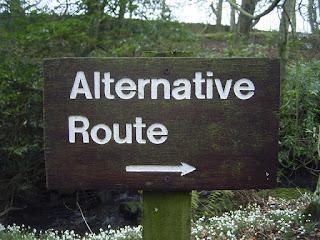 ...Generally the value of property includible in a decedent’s gross estate is its fair market value (FMV) on the date of the decedent’s death. Two special valuation provisions may be elected—under Sec. 2032, to value the property on the alternate valuation date (AVD), and under Sec. 2032A, to value real estate used in farming or another business based on its special use, rather than its highest and best use. Reproposed regulations were issued to limit the availability of the alternate valuation date provision, and a district court declared invalid a provision of the special use valuation regulations.

A decedent’s estate may elect to use the AVD if that date results in a valuation of the decedent’s estate that is lower than its date-of-death valuation and results in a combined estate and generation-skipping transfer (GST) tax liability that would have been less than such liability on the decedent’s date of death. For property that is distributed, sold, or otherwise exchanged within six months of a decedent’s date of death, the AVD is the date of the distribution, sale, or exchange (the transaction date). For all other property includible in a decedent’s gross estate, the AVD is the date that is six months after the decedent’s date of death (the six-month date).
In 2008, the IRS issued proposed regulations3 under Sec. 2032 in an attempt to change the result in situations similar to Kohler,4 in which the Tax Court held that valuation discounts attributable to restrictions imposed on closely held stock pursuant to a post-death reorganization of the closely held company should be taken into consideration in valuing the stock on the AVD. On Nov. 18, 2011, these regulations were withdrawn and reproposed.5
The reproposed regulations would amend Regs. Sec. 2032-1(c) to identify transactions that require the use of the transaction date for purposes of Sec. 2032 (nine types of transactions are listed). If an estate’s property is subject to such a transaction during the alternate valuation period, the estate must value that property on the transaction date. The value included in the gross estate is the FMV of the property on the date of and immediately before the transaction.
Two exceptions to this general rule would allow the estate to use the six-month rule. One exception is for exchanges of interests in the same or different entities provided the FMVs of the interests before and after the exchange are deemed to be equal. The other exception is for distributions from a business entity, bank account, or retirement account in which the decedent held an interest at death provided the FMV of the interest immediately before the distribution equals its FMV immediately after plus the amount of the distribution.

One of the statutory requirements to qualify for the special use valuation is contained in Sec. 2032A(b)(1)(B), which provides that 25% of the estate must consist of real property used in farming or another trade or business. Regs. Sec. 20.2032A-8(a)(2) provides that while a Sec. 2032A election need not be made for all property that qualifies for the election, the property for which the election is made must meet the 25% threshold requirement in Sec. 2032A(b)(1)(B). In Finfrock,6 more than 25% of the total value of the gross estate consisted of real estate used in a farming business, but the estate chose to make the special use valuation election for only one piece of farmland that, by itself, represented 15% of the total value of the gross estate. The issue before the district court was whether the regulation is a valid interpretation of the statute.
The district court applied the Chevron test to determine whether Congress has directly spoken to the precise question at issue. If the intent of Congress is clear, both the court and the agency must give effect to the expressed intent of Congress. If the statute is silent or ambiguous about the particular issue, a court must then determine whether the agency’s interpretation is based on a permissible construction of the statute.
The district court noted that Sec. 2032A does not require that the election be made for real property constituting 25% or more of the value of the gross estate. The 25%-or-more requirement is only a threshold requirement in order to be able to make the election. Once the threshold is met, the only other requirement to qualify the property for the election is to designate the property in a tax recapture agreement. The court concluded that Congress did not require that the designation be of all or a certain percentage of the real property that otherwise meets the requirements of Sec. 2032A, so the statute unambiguously provides that an estate can elect the special use valuation for any portion of the property that qualifies. Noting that Regs. Sec. 20.2032A-8(a)(2) imposes an additional requirement to make an election under Sec. 2032A that is not included in the statute, the court ruled that the regulation was invalid...
Source Tax Letter
Written by Justin Ransome is a partner and Frances Schafer is a retired managing director in the National Tax Office of Grant Thornton LLP in Washington, D.C