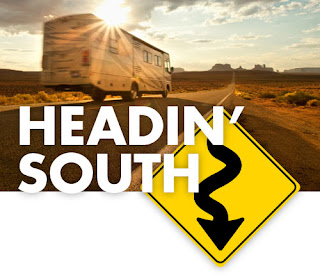 The age of 67 is effectively becoming the new retirement age with the phasing in of changes in social security rules reflecting increased longevity. Given the post-WW2 birth explosion, which lasted from 1946 to 1960,  the United States will therefore witness a tidal wave of independent business owners trying to unload their businesses and retire between 2013 and 2027.

What does this mean for business valuations?

Most small businesses are valued at a multiple of profit.  The great recession of 2008 caused substantial downward pressure on profit. As we entered 2013, there were signs that the economy was picking up, including most-tellingly increases in housing starts. Business owners can expect to see the profitability side of equation picking up.

On the other hand, despite increased consumer and business confidence, as we move into mid 2013, there is substantial downward pressure on the multiples. Why?
There is already an over-supply as a result of the last recession. Those baby-boomers who were ready to retire between 2008 and 2012 were caught in what was the worst recession since the thirties. Many refused to accept what appeared to unreasonable low-ball offers.  After all, they "knew" from their experience with real estate and the stock market that you don't sell when the overall market is down. For decades, the strategy of "wait and see" has paid off in these markets, at least in nominal, if not always in inflation-adjusted terms.

But this strategy of "wait and see" may not work when it comes to selling a small business. Why? Lifestyle issues dictate that owners may not be able to wait for more than a few years, for fear they will miss those golden retirement years when they are still healthy enough to complete their bucket-list. And during business negotiations time pressure on one party favors the other party.

Even worse news...as the number of baby-boomers reaching retirement age continues to climb over the next few years, thereby increasing the already over-bloated pool of businesses available for sale, the number of potential buyers will likely dwindle. The rapidly declining cost of technology allows more and more entrepreneurs to start their own businesses and access far-reaching markets. Sure, many will fail. But they're more likely to try again, than take on the twin albatrosses of traditional business…bricks and mortar; and a fixed payroll, (as evidenced by the growing army of 1099ers.)

Am I suggesting that valuations of traditional small businesses will continue to decline over the next decade? Yes, that is very likely. The benefit of post-recession increases in profitability will be more than offset by declines in multiples.

What should you do if you're approaching retirement age?

1) Now is the time to make sure all the business fundamentals are in place; cash flow management; financial controls, web reputation; elimination of unprofitable relationships etc.

2) Obtain an independent third party valuation by a professional valuation firm to get a realistic sense of what your business is currently worth. Remember that listing-brokers are not independent in the sense they may be over-anxious to under-value the business to increase the chance of obtaining a sale.

3))  Don't be tempted to wait and see. You are not going to be healthy forever. The baby-boom demographics are not going to change. Gen X is not going to abandon its own start-up dreams and suddenly re-embrace the high cost of getting into traditional businesses.

4)  Don't shoot the messenger. In other words, come to terms with the multiples used in the independent valuation.  Accept the hand you've been dealt and focus on dealing with the profitability side of the equation, which to a large degree is within your control.

About the author:
Jonathan Copley is CEO of business consulting firm CFOCare Inc, which provides business valuations; M&A and strategy consulting. He is the founder of Grow50 a consortium of leading professional firms, which helps entrepreneurs plan, fund, grow, operate and sell. He can be reached at jc@cfocare.com

This article was first published in Valuation News
Posted by Unknown at 12:41 PM