What I learned from a Seattle Sunbreak

I learned a lot yesterday.
Here in Seattle we had a rare occurrence. A day of glorious sunshine in April. After several months of grey, Seattle residents become euphoric at the first sign of a huge yellow spherical object in the sky, and head for the outdoor bars, beaches, parks etc.

Great news for everyone. Unless you planned an indoor marketing event for that evening!

My predicament
Coincidentally, that evening, the Center for Energizing Leadership was holding the first in a series of Cheese and Wine events put on for the purpose of educating the market about our innovative Energy Cabinet program. The big idea is an Energizing Leadership Development program for accomplished entrepreneurs that converts into a New Business Incubator.
Our initial event was “sold out”.  As soon as I saw the early morning sun, I knew that the event would experience many no-shows.
Where to turn for advice
I related this concern to my work-out buddies at the local LA Fitness.
Immediately, one of the most seasoned of the group, an elderly retiree (with a general phobia towards new technology) told me that this was a “good” thing.  Say what? He pointed out that any prospect who failed to show up due to a "Seattle sunbreak" was unlikely to be a good prospect to join an Energy Cabinet. He told me to think about the time I would save, by not wasting time with “flaky” prospects.
The outcome
So what happened later that evening?
As I had feared, several people were no-shows. But overall, we had an excellent turnout of quality CEOs and senior executives. Due to the reduced numbers I was able to spend quality time with the right prospects.
What I learned
So what did I learn? Three points worth sharing:
My other take-away was that when it comes to marketing events, quality of prospects is far more important than the quantity.  The Energy Cabinet program is a winner. Those leaders who attended quickly grasped the concept.  Due to the unexpected Seattle sunbreak we had the right people in the room!
Posted by Unknown at 8:10 AM

The Secret Sauce For Energizing Leadership?

I’v heard you emphasize the importance of personal mastery recently. Can you please explain why its one of the 'secret sauces' of energizing leadership.
John H, CEO, Seattle, WA
Dear John H,
According to MIT’s Peter Senge, the author of the Fifth Discipline, “Personal mastery is a discipline of continually clarifying and deepening our personal vision, of focusing our energies, of developing patience, and of seeing reality objectively”
Personal mastery means knowing yourself completely and accepting yourself deeply so you think, feel and act from a grounded, integrated center.
Personal mastery builds integrity, authenticity and confidence in a leader. It opens them up to clearer vision and more decisive action. It's experienced as personal power which leads others to trust and be inspired to follow. It motivates those around you to produce their best. What starts on the inside, produces outstanding results when the rubber hits the road in the business world.
At the Center for Energizing Leadership, we've seen that personal mastery provides a solid foundation for great leadership development. This is because energizing leadership comes from who we are, not just what we do. Enduring change happens from the inside out.  It is based on knowledge and self-acceptance. We believe that real, lasting, powerful change happens when a leader's inner foundation is strong.
In my experience working with dozens of leaders of businesses, the decision to take the path toward personal mastery brings immediate positive changes in leadership behavior, and business performance.
In other words, personal mastery is one of the key foundations on the way to energizing leadership. This is why we teach it in the first few sessions of our Energy Cabinet program. It’s important because ultimately personal mastery can lift your leadership to its full potential.
Best regards,
Please keep your questions coming to jc@energizing-leadership.com
Posted by Unknown at 11:11 PM

Will Sir Alex Ferguson teach the Moyes Case-Study at Harvard?

I've really had a terrible soccer season, watching Manchester United plummet from its perennial Champions berth, to the ice-cold, murky depths of 7th place in the English Premier League. Therefore, today's announcement of the firing of its head coach , David Moyes, a man who prior to joining the Champions at the start of the season had specialized in 7th place finishes, comes as a great relief. 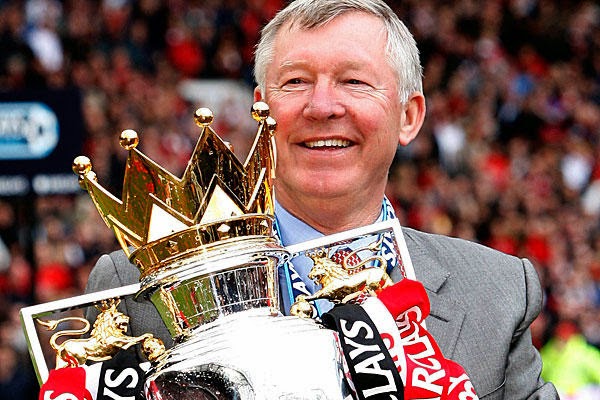 Having suffered, its some consolation to know that my pain was not in vain, as already the business press are chronicling the disaster, and memorializing it in Case Study format. Here's one I just ran across in Forbes magazine written by Andy Cave. Maybe Sir Alex Ferguson will be teaching it when he assumes his new position at Harvard.
10 Leadership Lessons From Manchester United's Hiring And Firing Of David Moyes 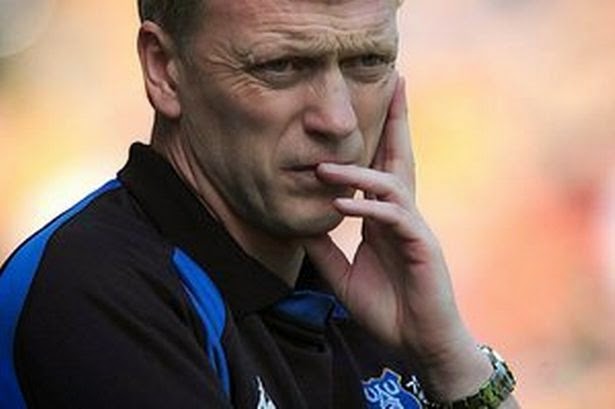 David Moyes is clearly an early candidate for Most De-Energizing leader of 2014.
Posted by Unknown at 8:55 AM

An Intriguing Opportunity for Entrepreneurs and Senior Executives

Share An Intriguing Opportunity for Entrepreneurs and Senior Executives
EmailShareTweet

Jonathan Copley the founder of The Center for Energizing Leadership is hosting a Reception & Mini-Seminar to introduce its ground-breaking Energy Cabinet program.


"Hanging out with negative people does not lead to a positive life."

Many people have achieved success despite being held back by energy-drainers.
Imagine what more they could achieve with a group of energizing peers.

That's why the Center for Energizing Leadership runs Energy Cabinets. Of course, according to participants, there are other reasons:
To learn more about this innovative and energizing program, join us for an informational cheese & wine evening.

10 Tips for Entrepreneurs of ALL ages. 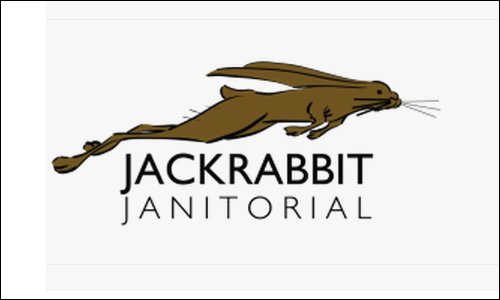 Kyle Clayton the founder of Jack Rabbit Janitorial wrote this excellent article for linked-in. Arguably his only "mistake" was its title, which he aimed directly at young entrepreneurs, thereby effectively excluding the more seasoned among the entrepreneurial ranks. In reality 9 of his 10 tips apply to the growing legions of first time entrepreneurs who are not in their twenties. In any case, that group can also treat their age as an asset, pointing out to investors and potential customers how their other life experience make them well-suited for their particular venture.

I filed for my first limited liability company at age 23, still 2 years from graduating college. The company I had been working for ended up shutting down as a result of the recession and my school schedule prevented me from getting a “real” job. The decision to create my own source of employment didn’t come easy, but I had few other options. So, with a leap of faith,Jackrabbit Janitorial LLC was born, and by the time I accepted my diploma, I had created a full-time job for myself, eliminating the typical post-grad job hunt.

The last 6 years have taught me many valuable lessons in life and business. I now have a handful of businesses in different industries and a clear path for future growth and success. Here are some of the lessons I’ve learned as a young entrepreneur.
1. Money is only the first obstacle. Capital may be the first hurdle you encounter, but it won’t be the last. Treat funding like any other obstacle, as surmountable and you’ll find that generating startup capital is easier than you thought.
2. Treat your age as an asset. I’ve participated in many meetings where I was the youngest person in the room. Youth gives us an advantage — a new perspective, and a new way of doing business. As young entrepreneurs, our first job is to market ourselves and the fresh viewpoints we offer.
3. Customer Service is everything. Growing a business comes from keeping clients satisfied and gaining new ones. It can be difficult to juggle the needs of a startup while delivering high-quality service, but service is paramount. Keep a laser-like focus on service, and the rest will fall into place.
4. Business isn’t personal. Handling conflicts professionally is a sign of a strong entrepreneur. It’s important to respect the boundaries of personal and professional, even when working with friends or people you know. In the event of a conflict, work on improving the business, and do what it takes to succeed.
5. Listen. Soak up as much advice as you can. The one thing young entrepreneurs don’t have is age. Recognize what you don’t know and who you might be able to learn it from while keeping your ears open at all times. Seek out advice, and be open-minded in trying others’ suggestions.
6. “The Market” is a big place. Competitors aren’t the enemy. In fact, they can be a great way to learn what’s working and what not to do in the development of your new venture. There is plenty of work for everyone, so keep focus on improving your product or service to compete for your rightful spot in the marketplace.
7. Customers aren’t always right. Be careful not to tailor your products or services too closely for any one customer. Your business is your vision, so shape your offerings based on your values and what you find enjoyable about being an entrepreneur. Customers will appreciate you for it.
8. Management takes guts. Being an effective manager takes life experience you may not have yet. Being fair, firm and consistent takes a lot of the guesswork out of developing policies within your company. Stick up for your vision, and don’t be afraid to change things, even if they’ve been a certain way for an extended period of time.
9. Act big. Entrepreneurs usually work from co-working spaces and home offices, so it’s easy to be casual with yourself and your employees. Planning, communicating and behaving like a big company will ensure your small company will get there one day.
10. Keep your momentum. Once you’ve proven your business model and some level of profitability, keep doing what your doing. Fast growth and shiny marketing plans can be tempting, but steady, stable growth is the key to long-term success.
Things won’t always go as you plan, but above all, trust yourself. Filter the advice of others, and do what feels best for you. A passionate belief in what you’re doing will take you farther than even the most precise business plan.
Posted by Unknown at 11:50 AM