The Cost of a Professional Business Valuation.

Source:  Extracted and edited from Bloomberg. Written by Karen E. Klein June 09, 2014
...There are a number of valid reasons to get a professional business valuation. And really, assuming your small business is your family’s biggest asset—perhaps other than your home—isn’t it smart to have a realistic idea of what it’s worth? Recent research shows many small business owners are counting on their companies as nest eggs —they’re less likely to have diversified investments because they plan to retire on the proceeds of selling the business.
When would a valuation be needed, other than for a sale? Most commonly they are done for tax purposes, such as estate settlement, income tax or property tax disputes, or litigation, or to satisfy the annual requirements for Employee Stock Ownership Plans. Other situations that could require a valuation include mergers and acquisitions, bankruptcy, estate planning, gifting of minority stock interests, qualifying for a loan, or taking on an investor.
Rick Gould, managing partner at New York City mergers-and-acquisitions company, SGP Worldwide  specializes in valuations of creative services companies. He says a typical valuation takes about three weeks and requires substantial probing of the company’s financial documents, management, and operational structure.
Valuations in the U.S. cost between $3,000 and $40,000, depending on the accuracy needed and the complexity of the company involved, according to a February report from independent research firm IBISWorld . Preliminary valuations—which turn out at least a rough number—usually cost $3,000 to $10,000, the report says. 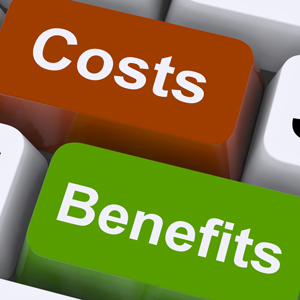 That’s a lot of money for many small companies. The process of pulling together the required financial documents can be time-consuming, and the results can be painful if they don’t live up to expectations. It’s no wonder that “many business owners have absolutely no idea—or the wrong idea—about what their company is worth,” according to Julie Gordon White, principal at BlueKey Business Brokerage Mergers & Acquisitions.
She recommends that entrepreneurs get at least a ballpark estimate of their company’s value on an annual basis, though they don’t have to pay for a certified appraisal. Just having a reliable figure in mind “does wonderful things, like make you more realistic about how you’re spending your money and how that’s affecting profitability, and it helps you make plans for the future,” she says. “Having a number also relates to how you value yourself as an entrepreneur. Are you growing something that just makes money along the way but can’t be transferred to someone else eventually? Or can you make changes so it is profitable enough so that you’ll sell it someday and get that pot of gold that could fund your retirement?”...
Posted by Unknown at 4:03 PM