What Determines The Valuation Date During a Divorce?

This is article is written from the perspective of a professional representing a female during a marital divorce. The article was penned by Jeffrey Landers in 2011 and first appeared in Forbes Magazine 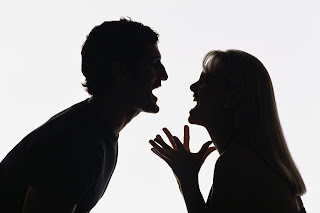 You think you want to keep the house. He says he’s more interested in his business. What will happen to the stock portfolio, retirement accounts, the vacant beachfront property and the art pieces you bought together?

It won’t be an easy task, but there’s no getting around it: Divorce requires the division of all your marital assets.

And, as you can imagine, in order to partition those assets properly, each must be assigned an accurate dollar value.
In divorce, the point in time in which an asset is assigned a dollar value is called its valuation date.

That sounds relatively straightforward, doesn’t it? Since each asset needs a dollar value, all you have to do is simply pick a date and appraise each item as of that date. Well, unfortunately, like most other aspects of divorce, the determination of valuation dates isn’t typically very straightforward at all. In fact, the process can be quite complex.

For starters, the value of an asset can significantly vary depending on the date that is chosen to be its valuation date. Plus, each state has its own specific regulations and guidelines. For example:
o      In New York, the Court must select a valuation date as soon as possible after the divorce action has commenced.
o      Other states may use the trial date, the date of separation, the date the divorce complaint was filed or another date as the valuation date.

Since there is often a long delay between separation and divorce, you’ll want to work closely with your divorce team to help you work through these nuances, so that, to the extent possible, you can use a valuation date that is the most advantageous to you.  (The complexity of assigning a valuation date is nicely illustrated in this list of each state’s laws.)

How does the valuation date differ from the date of separation?

.... divorcing women need to pay careful attention to the date of separation (DOS).

... the DOS usually draws a very significant line of demarcation. It’s the line in the sand between when you were married (and functioning as a couple) and when you were separated (and no longer functioning as a couple). The DOS is important because it helps determine the division between marital and separate property –and because it can be used to establish a valuation date.
Sometimes, the DOS, itself, is used as the valuation date. But, in other cases, it’s not.

What difference does it make if an asset is valued at one date or another?
Assigning a valuation date can have a significant impact on the value of a particular asset.

The easiest way for me to explain this is by using examples.
In a New Jersey appeals case, the husband owned a seat on the New York Stock Exchange. The seat nearly doubled in value between the time of the filing of the divorce complaint and the time of the divorce trial. Which date should be used as the valuation date? The Courts ruled that the date of the divorce trial should be used as the valuation date. In this case, the increase in value was viewed as entirely passive since it was not based on the actions of either party.

In other cases, different rules apply. For instance, a business that is managed by only one spouse is usually considered an active asset and would typically be valued as of the DOS (or commencement of the divorce action in New York). This approach makes sense for two reasons:
1 – To protect the spouse who controls and manages the business. Should the value of that business increase between the DOS and trial date due to the efforts of the managing spouse, then that spouse should be awarded the benefits of his/her labor.
2 – To protect the non-managing spouse. Should the spouse who controls and manages the business decide to run the business into the ground, the non-managing spouse should not suffer any loss as a result of the managing spouse’s actions.

I’m sure you won’t be surprised to learn that in the current volatile economic situation, things can get even more complicated. For example, a judge may rule that any decrease in the value of a business was a result of the recession and had nothing to do with the actions of the managing spouse. In essence, the judge could deem a normally active asset (the business) to be a passive asset and therefore would use the trial date as the valuation date rather than the DOS (or commencement of the divorce action in New York).

While the complexities surrounding the “straightforward” concept of valuation date can seem a bit confusing at times, don’t feel overwhelmed.  Your divorce team will help you work through the specifics of your case, and with their help, you’ll be able to manage your assets and develop a comprehensive plan for continued financial stability and security in the future.
———————————————————————————
Jeffrey A. Landers, CDFA™ is a Divorce Financial Strategist™ and the founder of Bedrock Divorce Advisors, LLC (http://www.BedrockDivorce.com), a divorce financial strategy firm that exclusively works with women, who are going through a divorce.