To DE or not to DE, that is the Question 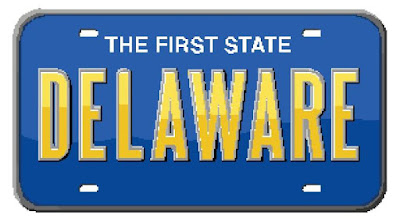 Entrepreneurs who are in process of setting up a new corporation often ask somewhat tentatively..."I assume I should incorporate in Delaware?"

The answer is possibly, but not necessarily. As CFOCare is not a law firm I always tell entrepreneurs to discuss the issue with legal counsel. That said, I usually point out some pros and cons of incorporating in the State of Delaware to make sure the entrepreneur knows some of the questions he or she should be asking.

This summary was prepared by Doug Bend Esq, of the Bend Law Firm and provides a good overview of the issues to be addressed

1.  The Corporate Law Expertise Of The Delaware Court of Chancery.

No corporation wants to be involved in litigation, but if you are it is reassuring to know the dispute will be resolved by a very knowledgeable judge who is sophisticated in resolving corporate law matters.

Corporate case law in Delaware is much more extensive than in other states due to the high volume of corporate cases.

More case law means increased predictability of the likely judicial resolution of a business law dispute. If there have been several similar cases to the one facing your corporation there is less uncertainty about the judicial outcome, which can be key when strategically deciding whether to settle a dispute or invest the time and capital to litigate.

3.  The Flexibility Of Delaware Corporate Statutes.

The Delaware corporate statutes provide a great deal of flexibility in the organization of a corporation and the rights and duties of board members and shareholders.  For example, Delaware allows one person to be the only director, shareholder and officer of a Delaware corporation, whereas some other states require at least three people to fill the officer and director positions.

Although many of Delaware statutes have been mimicked in other states, the extensive case law mentioned above is an enormous asset when determining how a Delaware statute is likely to be interpreted.

5.  Angel and VC Investors Prefer To Invest In Delaware Corporations.

Angel investors and venture capitalists tend to prefer to invest in companies incorporated as a C Corp in Delaware.  Therefore, if you are serious about receiving investments from these types of investors, you may want to incorporate in Delaware.

Many investment bankers insist on a company being incorporated in Delaware before they take it public. Thus, if a goal is to eventually have an initial public offering (IPO), you may want to incorporate in Delaware rather than later having to convert the company to a Delaware corporation.

7. You Send A Message That It Is A National Company And You Understand the Preferences of Investors.

If you incorporate in Delaware, you send a message – “This is a national company.”  From a marketing perspective, this could be important for your customers and investors.  You also send a signal to investors that you understand their preferences and are serious about receiving investments.

8.  There Are Greater Privacy Protections in Delaware Than Some Other States.

Delaware does not require officer or director names to be disclosed on formation documents.  This provides a layer of anonymity that is not available in some states.

The Delaware Secretary of State’s Office has made it a priority to provide expedited filings. In fact, you can have your filings guaranteed to be processed in less than an hour.

In contrast, California has a 24 hour processing option, but it is not guaranteed to be completed within 24 hours and the rush processing fee is significantly more expensive than in Delaware.  This can be critical if you need to close a deal very quickly.

10.  Can Be Less Expensive To Relocate The Corporation.

What Are The Drawbacks to Incorporating in Delaware?

1. Annual Costs For A Registered Agent for Service of Process.

If you incorporate in Delaware, you will be required to have a registered agent for service of process.  The annual fees for this service vary, but companies such as Biz Filings and Legal Zoom charge $129 to $149 each year.

If you incorporate in Delaware you will not only have to pay the annual franchise tax in the states in which you are “doing business,” but also in Delaware.

If the benefits of incorporating in Delaware described above are not important to your company, you may want to avoid the extra expense and time of being incorporated in Delaware.


Source: / Full credit to the Bender Law Group for its excellent summary of the issues.