President Barack Obama recently signed a bill  which allows the U.S. to revoke the passport of any American whose tax debt exceeds $50,000. 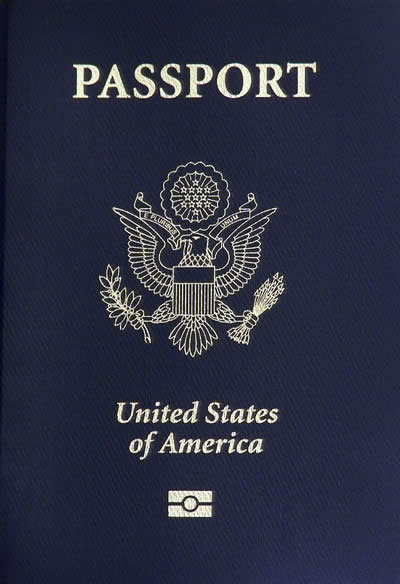 President Barack Obama recently signed a bill which allows the U.S. to revoke the passport of any American whose tax debt exceeds $50,000.
And don't forget the law applies to all Americans. So if you owe the Government over $50000 and go overseas, in theory at least the Government has the right to revoke your passport and prevent your return. Such treatment would undoubtedly make for a nightmare for all parties concerned! Hard to imagine any government taking that Draconian step....but then again in this election season stranger things have happened!
Here's extracts from Bloomberg's story
"The roughly 8 million Americans who live abroad automatically get a couple additional months each year to file their taxes. Don’t expect them to be grateful.
Filing to the Internal Revenue Service from overseas is more confusing, complicated, and expensive than it is for Americans at home (and that's saying something). Unlike almost every other country in the world, the U.S. demands its citizens pay taxes on all foreign income. They must file even if they have lived and worked abroad for decades, and even if they’re already paying hefty taxes to the countries where they reside.
Now it's getting worse. In an effort to fight tax evasion, the IRS recently began forcing expatriates to report not just their income, but additional information on savings and investments—rules that have made it harder to open bank and brokerage accounts overseas. More ominously, the IRS and the State Department are also implementing a provision approved by Congress in December that could revoke the passports of Americans who owe too much–raising the prospect of being stranded abroad on account of poor arithmetic...
Unnecessary Hassle
...A typical U.S. tax return for Americans living in the U.K. is 40 to 50 pages long...
Double TaxationBecause the rules are so confusing, some say they often end up being taxed unfairly, paying the IRS and their home country on the same income. Brian Krahmer, 40, a Minnesota native who moved to Germany in 2014, must pay U.S. self-employment tax on his freelance income–even though the work, mostly software development, is for German companies. “If I’m already filing a German income tax return on the money earned, I don’t see any fairness from also having to file in the U.S.,” he said.
The rules can feel unfair, even when they don’t technically result in double taxation. For example, the IRS demands that Americans pay capital gains taxes on sales of homes in the U.K.—gains that can be greatly inflated by currency swings. The U.K. doesn’t have the same tax, but it does impose a tax on home purchases. An American in London who wants to move has the pleasure of paying both.
Treated Like a Criminal
The IRS’s fight against tax evasion has had its successes. Many hidden Swiss bank accounts are no longer so secret, for example—over the last three years, 80 Swiss banks have paid $1.37 billion in penalties to the U.S. But provisions that catch millionaires hiding money overseas can also ensnare middle-income Americans working and living abroad. As a result, banks and investment companies, forced by the IRS to keep close track of their American clients, are becoming reluctant to take them on
“We, as Americans overseas, cannot live normal lives,” said Redmond, originally from Washington, D.C. “We’re seriously limited in being able to save like stateside Americans.”
Most living outside the U.S. simply want to know how much they owe the IRS vs. the local tax collector. “These are not people who are hiding money,” Limmer said. Nine times out of 10, she estimated, an American living in London is paying more tax than a comparably compensated British citizen.
Passport ThreatThe new passport-revocation rule, slipped into a transportation funding bill signed by President Barack Obama, raises the stakes. It allows the U.S. to revoke the passport of any American whose tax debt exceeds $50,000.
It’s not hard to see how expatriate taxpayers could get to this level, especially if they’re late in realizing they needed to file in the first place. The fines for failing to report bank accounts are high; the IRS can impose a penalty of $10,000 for each violation of the rules. “If the government enforces this in the most stringent way possible, this could be hugely horrible for people who live overseas,” McKeegan said.
Last month, members of Congress urged the State Department to “consider the unique circumstances of overseas Americans” before revoking anyone’s passport. An IRS spokesperson declined to comment on the passport rule or other specific taxpayer concerns. In October, the agency said its “offshore voluntary disclosure program,” a process for taxpayers to catch up on filing obligations, had collected more than $8 billion since 2009..."
Accidental AmericansMany Americans who live abroad simply don’t know they need to file, and the IRS lacks an efficient way to notify them. “Nobody sends you a memo when you go overseas,” McKeegan said.
An unknown number of Americans don't even realize they’re U.S. citizens. Because the U.S. grants citizenship for, among other things, being born in the States, babies delivered in the U.S. to non-American parents are sometimes brought back home in diapers and learn only decades later that they need to file to the IRS every year..."
Drop me a line
Feel free to drop me a line at jc@cfocare.com if you want to better understand your exposure to these new Draconian laws.