Most entrepreneurs pride ourselves on being the UNDERDOG taking on the established order of business. 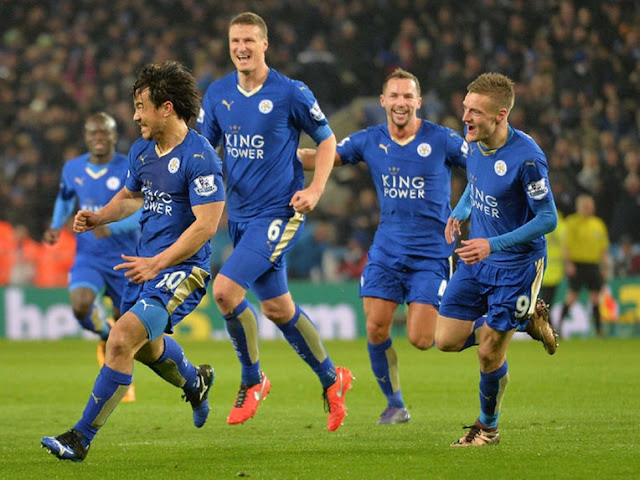 So for everyone who has always dreamed about winning against overwhelming odds, here is the Century's feel good story.

Unlike here in the United States where we have the draft to equalize our professional sports, there is no such system in Europe. In fact European soccer is a bastion of laissez-faire capitalism. No draft. No salary caps. The rich get richer. The rest try to survive. Specifically in the English Premier League, four teams have dominated for the past 20 years. Such are the challenges of overcoming those four teams that, with the exception of those four teams and four of the better financed chasing pack, the odds of one of the other teams winning the National Title...38 games played over a nine month period..,are generally fairly generous.  Its not unusual to be able to obtain odds of 100 to 1; 500 to 1 on these outsiders. Indeed for the weakest teams that round out the 20 that compete in the English Premier League, seasoned bookmakers were willing to offer 5000 -1 at the start of this season.

And so it came to pass that a team of unknowns from the Midlands of England who had finished in the lowest position in 2015, started the season with odds of 5000 - 1. One foolhardy fan of that team, Leicester City, even placed a throw-away 15 dollar bet on his team of no-hopers.  Drum-roll...

Leicester's unprecedented title triumph "made mugs of all of us", according to Premier League chief Richard Scudamore, write the BBC

"Nobody saw it coming and even when it was halfway through the season nobody said it could be sustained."

Scudamore, who negotiated next season's record £5.1bn television rights deal, added in an interview with BBC Sport that "Leicester 2016" would stand as a landmark moment in British sport.

"We don't know what the future holds because we've all become completely hopeless at predicting anything, including the bookmakers and everybody else - because this one nobody saw coming," he said.

"It's made mugs of all of us and that is just the most fantastic feeling. 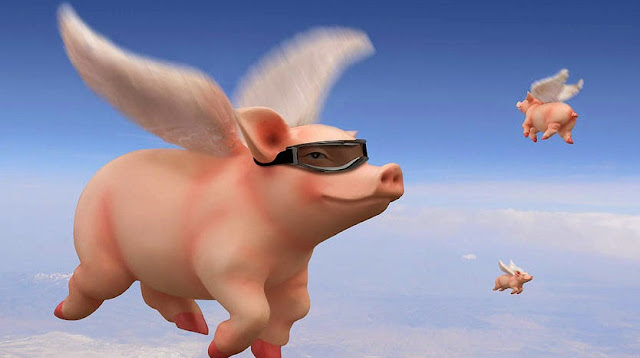 So entrepreneurs next time someone tells you that pigs will fly over before your product becomes the market leader, remind them what everyone said about Leicester City in 2016. And then look up to the sky and check for a omnivorous domesticated hoofed mammal with sparse bristly hair and a flat snout .

The author, Jonathan Copley, is a life-long supporter of 20-time English Champions, Manchester United. In the current absence of his team's ability to win the Premier League he is thrilled that underdogs are this year's champions.
Posted by Unknown at 12:32 PM